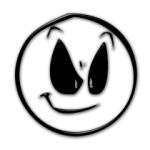 When people try to come up with solutions to a problem, they typically do one of two things:

1. Look at the problem and determine if there is an obvious, reasonable idea that pops out -or-

2. Participate in a brainstorming session where one throws out possible solutions with minimum judgment.

Both of these are valuable techniques. However, an additional, potentially more powerful method exists which involves a provocation. In simplest terms, a provocation can be thought of as an idea considered too radical and unrealistic for even a brainstorming session.

The purpose of the provocation is to forcibly cause your mind to move out of well worn mental tracks, allowing you to come up with potentially radical solutions to the problem at hand.

Although brainstorming involves throwing out solutions without active judgment, there are still implied bounds on the solutions being offered. The ideas are at least somehow feasible within known reality. This is not the case with provocations. By considering the absurd and non-nonsensical, one is forced to break out of critical thinking mode and move into the creative realm.

The creator of the technique, Dr. Edward de Bono, has coined a shorthand for provocation to indicate that the idea is not be taken at face value. That word is ‘po‘. Having a dedicated and short word can prove useful when generating ideas since it makes provocations easy to distinguish from ideas generated from conventional methods.

Provocations may be best understood by an example.

Cars run out of gas after only a few hundred miles

The provocations do indeed solve the problem, however as mentioned earlier they are not what you would consider realistic or even possible.

Turning the provocation into a good idea through movement

You may wonder then, what the point of provocations is if all they do is give you nonsense answers. While it’s true that provocations taken by themselves aren’t much help, they become valuable when coupled with movement.

Put simply, movement is what we mentally do to transform provocations into usable ideas. There are several ways in which movements can be created, but for now I’ll only discuss movement via principle.

In movement via principle, we extract a key idea from the provocation that’s important in solving the problem. We then devise a more realistic solutions based on that principle.

In summary, the combined technique using movement via principle is:

Movement from the example provocations

Let’s take a look how one could move from the three example provocations:

Invent a car that tows a gas station

Principle: Having a gas station towed behind the car would allow a large amount of gas to always be at the car’s disposal

Invent a car that runs on air

Principle: By having the car run on air you would make the fuel the car runs on readily available in its environment

Make everything that the car has to drive to closer

Principle: If everything is closer to each other than you just have to drive shorter distances, thus your gas goes further time wise

The solution marked with an asterisk in the mobile gas station example may feel a bit like a provocation itself. Sometimes solutions like this could be additional provocations or just feasible but radical real solutions, depending on what you view your limitations to be.

Some of these solutions could be helpful from a personal perspective or could represent a business opportunity. For instance, in the last example I list a couple of things that an average person could do to shorten their trip distances. These solutions could be transformed into a business opportunity if they used something like a cell phone app to help calculate routes and track trips.

Now use provocations to get some great ideas

As I’ve illustrated the combination of the provocation plus movement is incredibly powerful. And even then, I’ve only scratched the surface of the technique and its variants. I discussed movement via principle however there are a few other methods of movement that I’ll be discussing in future posts.

3 thoughts on “The Provocation Creative Technique”